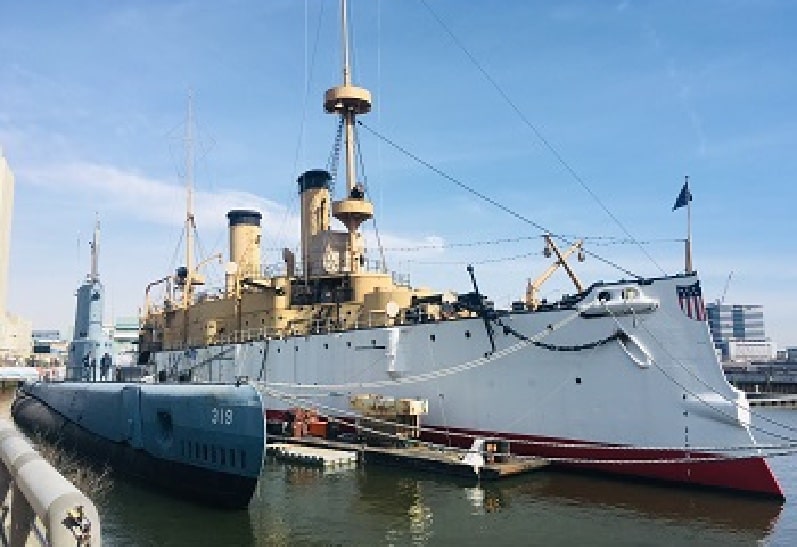 Cruiser Olympia (C-6) is the oldest remaining steel ship afloat, built during a transformative time in American culture, science, and technology. The ship was placed into commission by the United States Navy for the first time in February 1895 as a state-of-the-art man of war.

Since the mid-1990s, more than $10 million has been invested in preserving and restoring this national icon. As custodian of Olympia,  Independence Seaport Museum is committed to her restoration following the U.S. Secretary of the Interior’s Standards for Historic Vessel Preservation Projects, 1990.

Images of the ship and the battle appeared on the front page of newspapers from coast to coast. These were followed by magazine covers and, eventually, book covers. A cottage industry sprang up of items intended for parlors across the country. Clocks, lithographs, etchings, mirrors, and lamps all featured the ship.

The most famous vessel of the time

Cruiser Olympia rose to fame as Commodore (later Admiral) George Dewey’s flagship during the Battle of Manila Bay on May 1, 1898. This battle not only marked the beginning of the Spanish-American War, but also positioned America’s Navy as a world power. Fittingly, her final act of service was the transportation of the American Unknown Soldier of World War I from France to the United States in 1921. The soldier now lies entombed at Arlington National Cemetery. As Olympia was the most famous vessel of the time period, the selection served as a way to commemorate both the ship’s and soldier’s service.

In between her first and last missions, she served as part of the Northern Expedition and brought the first armed Americans ever to land on Russian soil. Additionally, she provided humanitarian aid in the Adriatic and was charged with dispensing food, aid, and medicine to communities affected by the flu epidemic that broke out in Europe at the end of World War I.

Over Olympia’s 27-year service life, which saw two wars and the administration of six presidents, thousands of Americans served aboard as commissioned officers and enlisted sailors. 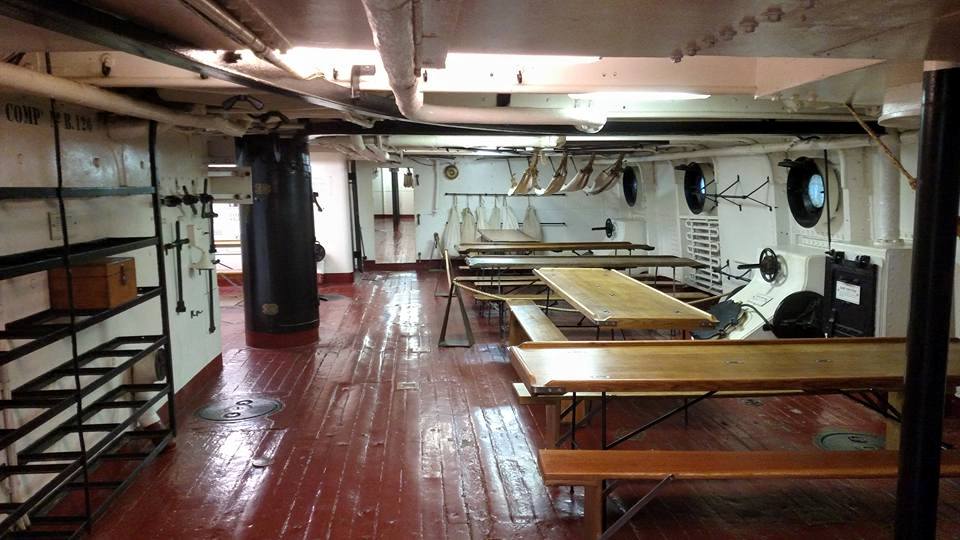 Olympia’s design comes out of a period known as the New Steel Navy, an era in American ship design from the late 1880s through the early 1900s.  She was one of the first ships to be equipped with refrigeration and radio communication systems, and one of the first to use steam for a multitude of tasks.  Of particular interest, Olympia was equipped with a Fessenden oscillator installed in 1917.  The Fessenden oscillator would send out sounds through the water that were bounced back by solid objects.  Invented as a result of the 1912 Titanic disaster in order to provide ships with a way of detecting obstacles (man-made or natural) ahead.  This is the only example of this early sonar device still known to exist.

Along with Cruiser Olympia and Submarine Becuna, the Seaport Museum also maintains a vast collection of historical artifacts and records relating to both vessels. The Cruiser Olympia Collection has been inventoried and a collections guide can be found on the Online Catalog page of the website.