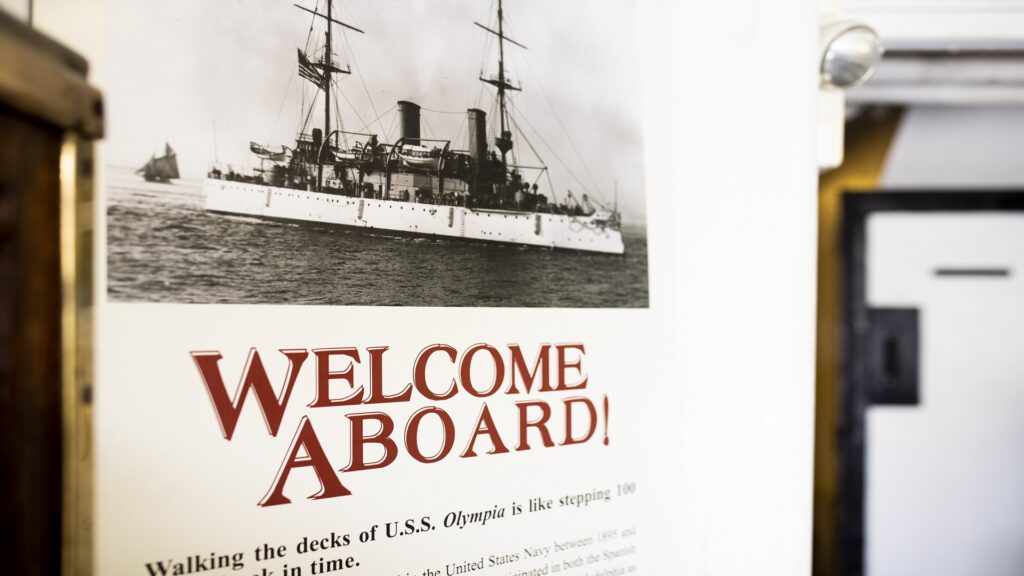 The oldest floating steel warship in the world, and one of only two ships left from World War I, she served during two wars and under six different presidencies.  Her last act of service was bringing home the American Unknown Soldier from World War I for burial at Arlington National Cemetery.

Access to Cruiser Olympia is provided with your general admission ticket to Independence Seaport Museum.  Guided tours are also available (for an additional fee), seven days a week.