Sign Up For Our Newsletter
Tuesday May 17
Open 10am – 5pm 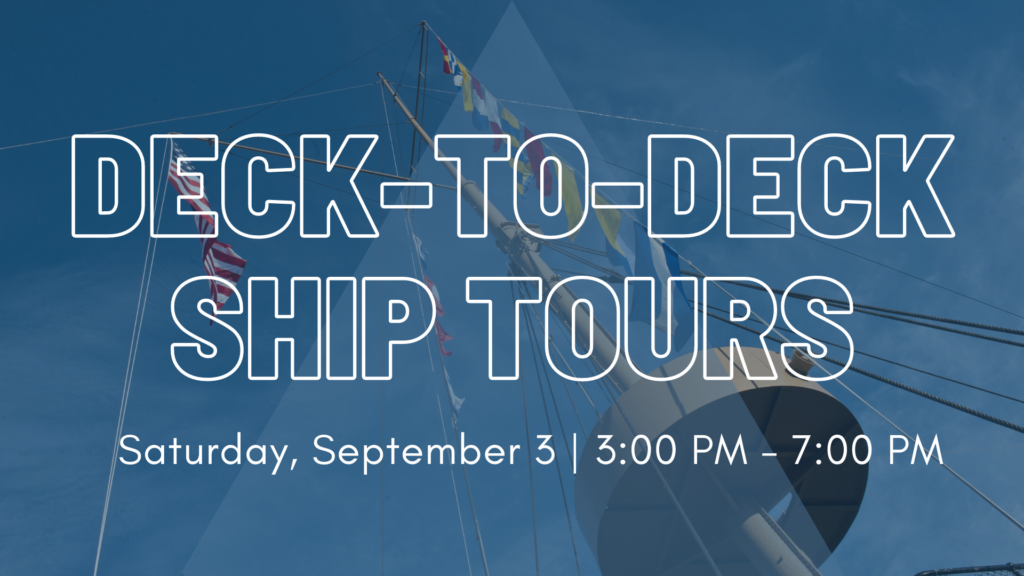 Did you know there are nearly 100 years of naval history along the Delaware River? Join the Battleship New Jersey and Independence Seaport Museum for Deck-to-Deck Ship Tours, where you’ll be able to explore that history up close through guided tours of three remarkable ships, prime examples of naval ingenuity:

Tours are three hours long. Light refreshments will be provided prior to the tours at Independence Seaport Museum.

*Please note, transportation is not included.

*The safety of guests and staff is of the utmost importance. We are following all local mandates as it relates to COVID-19.