Sign Up For Our Newsletter
Thursday October 21
Open 10am – 5pm

Cruiser Olympia and the Unknown Soldier 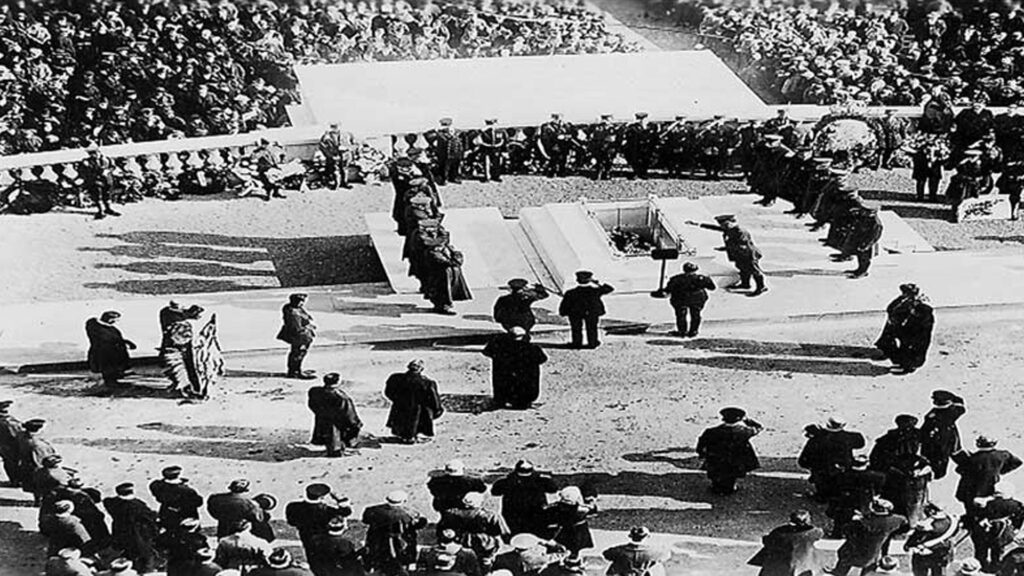 Cruiser Olympia and the Unknown Soldier

2021 marks the Centennial Anniversary of the American Unknown Soldier from World War I's transportation home from France to the Washington Navy Yard. But what some people may not know is the story behind the selection of the Unknown Soldier and the perilous journey aboard Cruiser Olympia as she made her way across the Atlantic Ocean. And the brave men who risked their lives to protect the soldier they, nor the nation, would never know.

As stewards of National Historic Landmark ship Cruiser Olympia, Independence Seaport Museum proudly partners with the Society of the Honor Guard, Tomb of the Unknown Soldier (SHGTUS)'s Centennial Committee, and others in solemn commemoration as we honor the Centennial Anniversary of the Unknown Soldier's journey home to his final resting place. Throughout 2021, we will be sharing stories, presenting programming, hosting discussions, and premiering digital content that highlight not only the difficult journey home but also what it meant to be a soldier and an American citizen during World War I and how the challenges they faced more than 100 years ago still resonate today with new generations.